On 7 September 2019, the Act of 16 May 2019 amending the Act – Labor Code and certain other acts will come into force. The amendments concern issues related to equal treatment of employees, protection of persons enjoying parental entitlements, mobbing, issuance of work certificates and rules regarding taking into account a plea of limitation of claims under an employment relationship.

As of 1 July 2019, the Act on Employee Capital Plans is applicable to the major employers, i.e. having more than 250 employees as at 31 December 2018. As a consequence of remarks submitted towards the applicable provisions, the Act was amended to make its wording more precise and remove obvious errors therein. The amendments became effective as of 25 June 2019.

The amendment changed the definition of remuneration applied for the purposes of employee capital plans. The Act on Employee Capital Plans provided for a cap on the assessment basis of contributions to employee capital plans in the amount of thirtyfold the projected average monthly remuneration in the national economy for a given calendar year, that the amendment abolished.

On 1 July 2019, the Regulation of the Minister of Family, Labor and Social Policy entered into force amending the Regulation on Work Certificate adapting the template of work certificate to the GDPR’s requirements.

The relevant section with a requirement to provide first names of parents has been removed from the new template of work certificate, as the employee’s data that may not be any longer required by the employer. In addition, the explanations provided in the template were corrected.

On 25 June 2019, the Regulation of the Minister of Family, Labor and Social Policy introducing a new template of post-accident report came into force. The new template does not require to provide, among others, NIP number of the injured person, place of birth or first name of the injured person’s father. The existing forms can be used until stocks are exhausted, however, no longer than until 31 December 2019.

PDPO on inadmissibility of taking random sobriety tests of employees with a breathalyzer
On 27 June 2019, the Office for Personal Data Protection (the “PDPO”) published on the official website an announcement on inadmissibility of conducting a random sobriety tests of employees with a breathalyzer. The position of the PDPO corresponds to the position of the Supreme Court expressed in a judgment of 4 December 2018 (I PK 194/17) and points out that the law does not provide grounds for the employer to independently test employees with a breathalyzer. Furthermore, in the PDPO’s opinion, knowledge about whether a given person is intoxicated pertains to the information on state of health, therefore, from the point of view of personal data protection regulations, sobriety testing could only take place on the employees’ initiative and with their consent.

According to the PDPO, a sobriety test of employees (in particular random or preventive) may not be considered as:

In the opinion of the PDPO if an employee is suspected of being under the influence of alcohol, the employer should immediately call appropriate services (e.g. the police) to carry out the sobriety test.

However, it should be noted that an employee may also be denied access to workplace without a test, only on the basis of a justified suspicion of being intoxicated. Evidence in the form of a breathalyzer test may, however, prove to be crucial in the event of termination of an employment contract with an employee because of coming to work in a state of intoxication.

Whistle-blowers in the Act on Liability of Collective Bodies
Works on the bill of the Act on Liability of Collective Bodies for Prohibited Acts under a Sanction of Punishment are in progress. Article 13 Sec. 1 of the bill provides for the protection of employees acting as whistle-blowers. A whistle-blower is a person reporting irregularities in the functioning of a collective body, in particular regarding (1) a suspicion of preparation, attempt or committing a prohibited act and (2) failure to comply with obligations or abuse of rights by authorities of a collective body. On the basis of the Act, the whistle-blower is to enjoy special protection against termination of the employment contract. The termination of the employment contract in such a situation will be considered unlawful. In the event of termination of the employment contract following from the whistle-blower’s notification of irregularities, he/she has the right to claim compensation or reinstatement.

Protection will not be granted, if an employee signaling abuse committed the prohibited act in connection with the operations of a collective body. In such circumstances, claims related to the termination of employment contract (Art. 13 Sec. 2 of the bill) may be asserted only after disclosing all relevant circumstances of the act to the collective body and the law enforcement authorities.

Important judgments of the Supreme Court

Resolution of the Supreme Court –  double compensation for defectively terminated employment contract
By virtue of a resolution adopted by the Supreme Court on 4 April 2019 (III PZP 2/19),  in a situation where the employer incorrectly terminated the employment contract upon notice and then terminated it without notice in violation of the provisions, the employee is entitled to claim damages both for defective termination upon notice as well as for the defective termination of the contract without notice.

Download PDF version A major amendment to the Unions Act has taken effect as of 1 January 2019, expanding the… 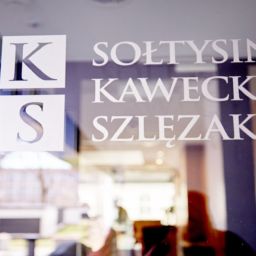 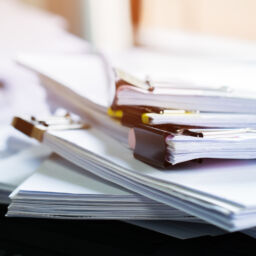 Without any doubt, the COVID-19 pandemic dominated the year 2020, had an impact on the business world and forced employers…

Summary of changes in 2019 In 2019, a number of substantial changes to labour law regulations will enter into force,…