On 7 April 2022, the Government’s draft law on special remedies for counteracting support for the aggression against Ukraine and for protecting national security (“Draft”) was passed by the Polish Parliament.

The Senate will now continue working on the Draft.

The Draft aims to ensure the effective application of the provisions of Council Regulations (EC)[1] (“Regulations”) concerning restrictive measures regarding the aggression of the Russian Federation against Ukraine, and also the legal framework for – as announced by the Prime Minister – a ban on the import and transport of coal referred to under items 2701 or 2704 of the Combined Nomenclature, coming from the territory of the Russian Federation or Belarus to or via Poland.

The Draft provides for a number of provisions governing the competence of pertinent bodies to enforce compliance with the Regulations, including also by imposing fines of up to 20 million zlotys for failing to meet the obligations referred to in the Draft.

Importantly, the Draft envisages criminal liability for violating the requirements and prohibitions specified in the Regulations and the Draft by providing that such behaviour will be criminal.

The Draft introduces new prerequisites for the obligatory exclusion from a public procurement procedure under the Public Procurement Law.

Please be reminded that the restrictive measures under the Regulations, referred to in the Draft and applied accordingly, include but are not limited to: freezing all funds and economic resources owned or being in possession of, under active control of, or under the control of natural or legal persons, entities or bodies referred to in the list kept by the pertinent Minister for Internal Affairs based on the Draft (“list”), regardless of freezing the aforementioned assets of the entities mentioned in the Regulations.

To enforce the application of the restrictive measures, tax authorities are to enjoy new powers

One of the Draft’s most crucial points under discussion is the granting of new powers to the Head of the National Revenue Administration within the scope of tasks and powers introduced by EU regulations regarding the restrictive measures imposed on Russia and Belarus in the aftermath of the ongoing war in Ukraine.

First and foremost, the new prerogatives are focused on granting permits to release or make available some of the frozen financial or economic means that belong to the entities under EU sanctions and that are, in addition, on the list kept by the pertinent Minister for Internal Affairs.

The Head of the National Revenue Administration will have the power to impose financial penalties on entities obliged to meet the obligations given in EU regulations, as far as the entities put on the list are concerned, as regards:

In this respect, the Draft provides for an extremely severe fiscal sanction of up to 20 million zlotys that will be appealable.

The proposed regulations also provide for the tax authorities’ new powers regarding the projected introduction of the prohibition to import to, and transit through Poland, any coal and coal coke that comes from the territory of the Russian Federation and Belarus. If a violation of the prohibition is found, the heads of the Customs and Tax Offices will be authorised to seize the goods and apply to the pertinent authority for a decision for the goods to be forfeited to the State Treasury.

Moreover, entities which violate the aforementioned restrictions will have to take into consideration the necessity to pay a financial penalty of up to 20 million zlotys, to be imposed by the Head of the National Revenue Administration via a decision subject to an appeal in the form of an application to re-examine the matter, to be filed with the authority.

As far as Public Procurement Law is concerned

The Ordering Party (Employer) – after the Draft has come into force – will be obligated to exclude contractors or participants in a competition:

The novelty is the obligation to apply the aforesaid prerequisites of exclusion also to procedures below the statutory thresholds, and to procurements granted outside of Public Procurement Law.

The employer, because of the aforesaid prerequisites of exclusion, respectively regarding the procurement method and the stage of the procedure in progress, will:

Interestingly enough, under Art. 7 of the Draft, the imposition of financial penalties on contractors who, within a period of new exclusion, will:

will fall within the competence of the President of the Public Procurement Office.

The President of the Public Procurement Office will be authorised to impose on the aforementioned entities – via a decision – a financial penalty of up to 20 million zlotys.

Due to the new prerequisites to exclude a contractor from the procedure, there also arises the necessity to make an amendment to the PPL’s executive provisions by specifying subjective (contractor-related) means of proof which the employer may request the contractor to submit to confirm the absence of grounds for exclusion from the procedure based on the newly introduced prerequisites.

Art. 15 of the Draft introduces severe criminal sanctions for:

The following actions will constitute a crime:

To date, violating prohibitions or helping to bypass them has not been punishable. This is now changed under the Draft.

The expected punishment for committing such crimes might range from 3 to 15 years of imprisonment.

Practically, this means that without extraordinary mitigation of punishment, courts will not be able to conditionally suspend the enforcement of the penalty, and the threat of punishment itself could be used by the Prosecutor’s Office as independent grounds to apply to use pre-trial detentions.

According to the Draft, it is the person responsible for making a given commercial transaction who will be subject to criminal liability. The Draft’s intention is to rule out the possibility of instituting proceedings against persons whose role in the illegal practice is to perform some activities only (e.g. as a driver or subcontractor) who might not be aware of the misconduct.

The applied penal mechanism aims to prevent the violation of bans on trading in specific goods and rendering specific services, as referred to in the Regulations and the Draft, with a severe and dissuasive sanction.

To ensure the effectiveness of prosecuting perpetrators, the Draft directly states that abolishing the provisions of the regulations on the bans, the violation of which is punishable, will not impede punishing the perpetrator who violated such bans when the bans were in effect.

Moreover, abolishing the provisions of the regulations to which the Draft refers within the scope of criminal liability will not be a prerequisite for expungement under law.

According to the Draft, the Court may also order the forfeiture of goods that are the subject-matter of a crime even if they are not owned by the perpetrator.

It is worth noting the provision under criminal law that prohibits applying, using, or propagating symbols or names that support the aggression of the Russian Federation against Ukraine. Violating this provision is subject to a fine, a restriction of liberty, or imprisonment of up to a maximum of 2 years.

It should be emphasised that legislative works on the Draft are still pending in the Polish Parliament, and so the wording of it might still change. As soon as there are further developments, we will let you know. 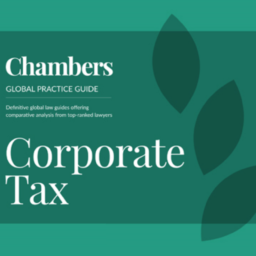 We are pleased to inform that Corporate Tax 2020 has been published by Chambers and Partners. Polish chapter authored by… 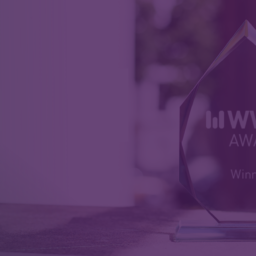 Who’s Who Legal Awards 2021: SK&S, the Law Firm of the Year for Poland, numerous individual recommendations

Sołtysiński Kawecki & Szlęzak has been ranked in the Who’s Who Legal Awards 2021, published in the UK by Law… 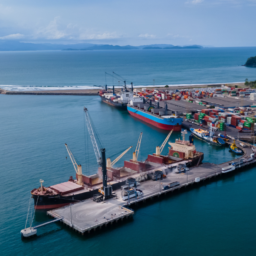 Download PDF version   Dear All, Works have been pending on an amendment, in 2018, to the provisions of the…

Introduction The film industry in Poland can now benefit from a new financial support scheme. Under the Act on Financial…

05 Apr 2019
Payments only to bank accounts registered for VAT

On 27 August, the Government adopted the 2020 budget bill draft (the “Draft”). The budget should be balanced, with revenues… 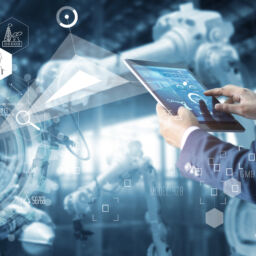