As of 1 January 2020, the provisions of the Act of 19 July 2019 on amendments to certain acts to reduce late payments (Act on Late Payments) will enter into force. The aim of the act is to reduce delays in payments to contractors, mainly to protect the interests of micro, small and medium-size enterprises. The President of the Office of Competition and Consumer Protection (UOKiK) will act as a warrantor of payment discipline maintenance in business transactions, and it will be equipped with tools that allow it to chase and penalise an undertaking in default.

Main provisions of the Act on Late Payments:

The Act on Late Payments introduces an extensive package of amendments to the Act on payment deadlines in commercial transactions. Payment deadlines cannot extend for longer than 30 days from the delivery of an invoice if a public entity (with the exception of health-care entities) is the debtor, and 60 days if the creditor is a micro, small or medium-size enterprise (SME) and the debtor is a large entity, i.e. it is not an SME (asymmetric transaction). In case of symmetric transactions (e.g. between large undertakings), the 60-day deadline may be extended, but only if the extended deadline is explicitly specified in the agreement and is not grossly unfair towards the creditor. The burden of proof towards the latter fact will lie on the debtor.

If the deadlines specified in the agreement infringe the limitations referred to above, they will be substituted by virtue of law to the statutory deadlines. It will be explicitly prohibited for the debtors – large entities – to invoke on statements of creditors about their SME status, unless the debtor, despite performing due diligence, is able to prove the lack of knowledge of the false nature of such statement.

Other examples of important amendments pertaining to payment deadlines include:

UOKiK has been appointed as the authority responsible for chasing undertakings which fail to pay their debts on time. The proceedings will be initiated ex officio; however, the notification pertaining to the late payments may be submitted not only by the contractor, but also by any other entity which suspects that another undertaking is in delay in paying its liabilities. UOKiK will impose a financial penalty on an undertaking if the sum of its delayed payments in the period of 3 consecutive months amounts to at least PLN 5 million (from 2022 – to PLN 2 million). The amount of the fine will depend on the value of unpaid invoices and the duration of the default in making payments.

The new powers of UOKiK provide for the possibility to conduct inspections at the premises of undertakings, as well as for the close cooperation between UOKiK and the Head of the National Revenue Administration, to identify the entities delaying payment of their financial obligations. In the course of their proceedings, UOKiK will be authorised to request the undertaking to disclose its tax books and accounting documents even if such entity is not a party to the business transaction.

Based on the solutions adopted in the Act on VAT, The Act on Late Payments introduces “bad debts relief” in personal income tax (PIT) and corporate income tax (CIT). Accordingly, a creditor which has not received a payment within 90 days from the expiry of the payment deadline will be authorised to deduct the amount due from their taxation base. On the other hand, the debtor will be obligated to increase their taxation base by the amounts which it has not paid within 90 days following the respective payment deadline.

As of 1 January 2020, undertakings, which generate a turnover above EUR 50 million, as well as tax capital groups, will be required to handover to the minister in charge of the economy, an annual report on payment deadlines in commercial transactions applied by such entities. The foregoing report will include, among others, the value of payments not settled within the deadline specified in the agreement, as well as their share in the total value of payments for a given year. The reports will be publicly available in the Public Information Bulletin.

5. Amendments to the act on counteracting unfair competition and on contractual advantage:

From 1 January 2020, the unjustified extension of payment deadlines for goods or services will become a new, specified unfair competition practice, as well as a new, specified practice amounting to unfair use of a contractual advantage in the trade of agricultural and food products.

We are pleased to inform that The Legal 500: Tax 4th Edition Country Comparative Guide has been published by The Legal…

14 Oct 2019
Party’s Right of Defence in Merger Proceedings Conducted by the Commission. Commentary on Court of Justice Judgment of 19 January 2019, C-265/17 P

Party’s Right of Defence in Merger Proceedings Conducted by the Commission. Commentary on Court of Justice Judgment of 19 January…

We would like to present you the report on merger control proceedings in Poland in 2018. The study was prepared…

23 Jan 2019
Payments only to bank accounts registered for VAT

Download PDF version On 24 August 2018, on the website of the Governmental Legislation Center a bill was published containing…

We are pleased to inform that “The Tax Disputes and Litigation Review – Edition 7” has been published. Polish chapter… 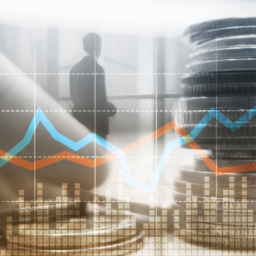 On 15 July 2020, the SK&S team composed of Sławomir Łuczak (Partner) and Karolina Gotfryd (Associate) obtained for one of…

We are pleased to inform that “The Tax Disputes and Litigation Review – Edition 6” has been published. Polish chapter…