On 15 April 2021, the Polish Parliament adopted a draft amendment to the Energy Law and other laws (the “Amendment“)1, the scope of which introduces a number of changes for entities using energy.

The Amendment contains changes concerning, among other, electricity storage, introduction of a smart metering system (so-called smart electricity metres), recuperation and other important issues in the broadly understood energy law and power market. The Amendment is in the process of being passed by the Polish Senate.

Meanwhile, the draft of 9 March 2021 concerning amendments to the Law on Renewable Energy Sources and certain other laws (the “Draft“) remains at the legal committee stage in the Council of Ministers, which introduces changes to, inter alia, small-scale RES installations and the RES auction system.

The major change provided for in the Amendment concerns electricity storage facilities, the definitions of which appearing in various legal acts have been unified. Energy storage in the planned wording will be defined as an installation providing for the storage of electricity and its injection into the electricity grid. Electricity storages will be divided into three different categories, depending on the total installed electric power. Classification in a given category will entail certain regulatory obligations:

The legislator has also introduced facilitations for the operation of Energy storages by, among others:

The Amendment provides for the launch of the Central Energy Market Information System (“CSIRE“). Data to CSIRE will be made available through digital reading meters, which will replace “traditional” ones. Distribution system operators (“DSO“) will be obliged to replace these meters.

CSIRE will be used to collect and process, inter alia, data necessary to change the seller of electricity, or to settle the sale and supply of energy. The new meters will enable remote reading and analysis of energy consumption levels, which will be updated every 15 minutes. With the introduction of remote reading meters, there will be a change in the way of settling accounts with the DSO, as the consumer will not pay bills on the basis of electricity consumption forecasts, but for the energy actually consumed.

The Amendment introduced the following meter replacement schedule, which specifies the minimum percentage of remote-consumption meters among the total number of end-use customer energy points for a given DSO:

The amendment regulates the legal status of closed distribution systems (“ZSD“). The application for recognition as a ZSD is to apply for a distribution system located in a limited geographical area (in particular, in the area of an industrial plant and its immediate surroundings, in the area of a commercial facility or a place where shared services are provided). A decision to recognise a system as a ZSD confers benefits in the form of exemption from the obligation to submit tariffs for approval and to prepare development plans.

V. NEW DEFINITION OF A ‘SMALL INSTALLATION’ OF RES

The Draft to the RES Act provides for a significant change with regard to renewable energy source installations. According to the proposed amendment to the definition of a “small installation“, installations with a total installed electrical capacity of up to 1 MW, connected to an electricity grid with a voltage rating lower than 110 kV or with a cogenerated heat output of more than 150 kW and less than 3 MW, where the total installed electrical capacity is more than 50 kW and no more than 1 MW, will be exempt from the obligation to obtain a concession for the sale of electricity.

Producers, who under the current legal status are required to obtain a concession, and who are exempted from this obligation under the Draft, are to be registered ex officio in the register of producers conducting business activity with respect to small installations maintained by URE – within a period not exceeding 90 days from the date of entry of the Draft. The previously obtained concession for these installations is to expire as of the date of entry to the register.

In addition, the Draft includes an amendment to the Act on spatial planning and development 2. According to the proposed amendment, it will not be required to indicate in the study of conditions and directions of spatial development of a municipality (and further in local spatial development plans), the location of RES installations with a capacity of up to 500 kW (up to 1,000 kW for freestanding photovoltaic installations located on agricultural land of classes V, VI, VIz and uncultivated land).

The Draft extends until 30 June 2047 the maximum period for:

The prolongation of the possibility to provide public aid under the mechanisms set out in points 3 and 4 counts towards the maximum deadline for granting public aid, which has been extended from 30 June 2021 to 31 December 2027. However, the application of these provisions is suspended until the date of a positive decision of the European Commission on the compatibility of such state aid with the internal market rules.

VII. SETTLEMENT OF A POSITIVE BALANCE IN THE AUCTION SYSTEM

The Draft also provides for short-termening of the period of compensation of a positive balance in the auction system to a period of three years with a return period of up to 6 months to the end of a given period. This is a significant change, because in the current legal status compensation took place after the end of the whole support period, i.e. after 15 years.

A longer vacatio legis period is assumed for this change in the regulations.

For further details on the new regulation, please do not hesitate to contact us. 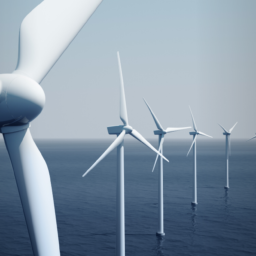 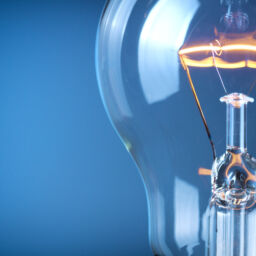 I. INTRODUCTION Since 1 January 2021, customers in the territory of Poland rely on the services provided by the capacity… 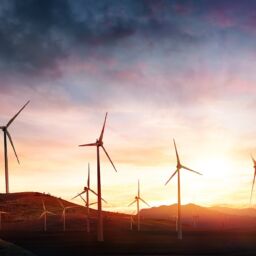 On 19 April 2021, an amendment to the Law on Investments in Wind Power Plants (so-called the Anti-Wind Energy Law)…