Employer entitled to control sobriety of employees
The Government Legislation Center has published on its website the long-awaited draft legislative amendments enabling the employer to subject an employee to alcohol and “other substances having a similar effect” testing. The bill has been referred for public consultations, and its adoption by the Council of Ministers is planned for the third quarter of 2021.

Main assumptions of the bill:

New rights conferred on the National Labor Inspectorate
Legislative works are underway on the bill amending the Act on the National Labor Inspectorate and the Code of Civil Procedure. The amendment to the provisions is aimed at extending the powers granted to labor inspectors who, by means of a decision, will be able to identify the existence of an employment relationship.

The planned legislative amendments are aimed at reducing the practice of replacing employment contracts with civil law contracts. Determination if the parties are actually bound by the employment relationship (despite conclusion of civil law contract) will be a result of a written decision issued by the regional labor inspector. The decision is to be immediately enforceable. The employer will have the right to appeal against the decision to the district court, however, lodging of an appeal will not stay enforcement of the decision. The appeal will be lodged through the labor inspector, within a strict deadline not exceeding two weeks from the delivery date of a decision.

In the current legal environment, the National Labor Inspectorate, having found that the provisions of the Labor Code have been breached by hiring an employee under a civil law contract, may bring an action to establish the existence of an employment relationship. In the opinion of the legislators, this right is insufficient due to the long duration of hearing cases before labor courts.

Will the period of running a business be included in the employment period?
Legislative work is underway on the MP’s bill amending the Labor Code. The  bill assumes that the employer will be obliged to count the finished periods of non-agricultural activity (in the meaning of provisions on social insurance system) or cooperation in carrying out this activity towards the employment period on which employee benefits or rights are based, on a condition that social insurance contributions were paid for these periods. In practice this rule would apply to periods of running a business activity.

The introduction of such a solution would mean that employees, previously self-employed, would be entitled, inter alia, to a longer annual leave, longer notice periods, but also benefits introduced internally by an employer, e.g. jubilee award in higher amounts.

It is worth noting that the amendment is to apply only to persons running a non-agricultural activity or cooperating in carrying out this activity, while persons hired on the basis of a mandate contract or a specific work contract will still not be able to include these periods in their seniority.

Extension of the period of additional care allowance
The period for granting additional care allowance has been extended until 25 June 2021 (Friday). The additional allowance is granted to parents of children up to 8 years old, and older children with an awarded disability certificate, if they have to take care of their child personally, because  a nursery, children’s club, kindergarten, school or other institution attended by the child is closed. 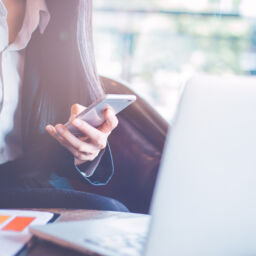 Will employers be allowed to collect information on vaccination status of employees? Once again in our newsletter we deal with…

HR Alert | Remote work – we know the details of the bill

For over a year, employers have been able to instruct employees to work from home. Such a possibility introduced by…

Without any doubt, the COVID-19 pandemic dominated the year 2020, had an impact on the business world and forced employers…